America under attack by Marxists 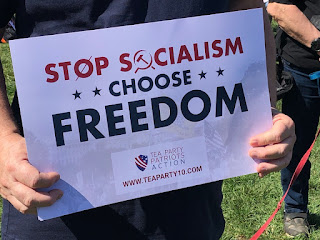 America is Under Attack by Marxist Globalists

Legendary geopolitical and financial cycle analyst Martin Armstrong boldly said, “The system has come to an end.”  What are we seeing now?  There is massive inflation, huge defaults of debt in China, a badly broken supply chain and a hostile government against “We the People” here in America.  It sure looks like the end of this system is near.  Armstrong contends it is not an accident that all this is happening now to the United States because Marxist globalists want to overthrow our Constitutional form of government.

Armstrong explains, “This is getting to be really absurd.  Biden is the perfect President.  I warned that this election had nothing to do with Trump versus Biden.  It was Trump versus a foreign entity that was trying to take over the United States.  Biden is absolutely the perfect President.  They got their wish.  They got somebody in there that really would not be able to figure out left from right.  I am not making derogatory statements against him.

This isn’t even Biden’s agenda.  You are lucky if he even understands what’s going on.  It’s the people behind him.  It you look at his polls, they are down to 33%.  A politician would normally care about that.  You don’t see any change because he’s not the one doing this.  They know he’s just a place holder. , , , They are just moving their agenda through—period.  The United States is being orchestrated from Geneva.  All this ‘Build Back Better’ stuff was a slogan created at Davos. . . .The United States is under attack from a foreign entity.”

Armstrong says his predictive Socrates computer program does not see the Marxist globalists succeeding.  Armstrong says, “They think they can take over the world and create this fictional wonderland of Marxism.  It’s not going to work.  Our computer is showing that they have failed.  In 2022, this whole thing is going to start blowing up.  Bill Gates . . . actually said that the vaccines don’t work.  He said we are going to have to create a new sort of R&D.

There is too much evidence now that the vaccines do not prevent you from getting Covid or spreading it.  Data coming out of Israel shows the majority of people vaccinated are the majority of the people that are dying.  Gates is being confronted with this behind the curtain.”

Armstrong says the Marxist globalists are trying to create a Great Depression.  Why? 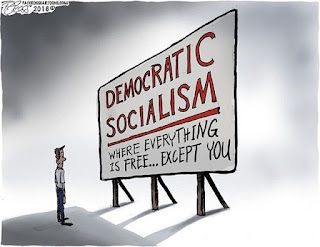 Middle America is in GRAVE Danger
› This is terrible...

Letter to a Tyrant

So confident were you in the psychological conditioning you subjected us to—following Biderman’s Chart of Coercion like a recipe—you expected us to jump in the pot voluntarily. [Despite the chart's original Cold War application, Amnesty International has stated that the Chart of Coercion contains the "universal tools of torture and coercion". In the early 2000s, the chart was used by American interrogators at the Guantanamo Bay detention camp. It has also been applied to the psychological abuse used by perpetrators of domestic violence.]

Why Groceries Keep Getting More Expensive

Restaurant Prices Going Up Too

Jerk-offs in charge: Will do their best to crush America!

Transportation Secretary Pete Buttigieg on supply chains: 'There will be disruptions'

Disgusting Abuse by the DOJ

CNN recently made a shocking admission:

Kamala Harris was foisted on us because she’s “ready to step in when Biden steps aside”.

This startling revelation caught many Dem voters by surprise…

And with his approval ratings plummeting after countless controversies…

Dems realize they need to ditch “Blundering Joe” so they can force through their un-American agenda before the midterms.

That’s why Washington D.C. insiders are beginning to wonder whether…

Kamala Harris is a 78-year-old’s heartbeat away from the presidency.

Sadly, no one in the major news media is concerned…

Email ThisBlogThis!Share to TwitterShare to FacebookShare to Pinterest
Labels: citizens have blinders on, Marxist slime attacking, the gutting of America

I don't know of any other blog/online source which provides as many resources, good advice & insights as the Poor Man-keep it up!

Let's stop the pretense-these bastards are enemies of the people. We should round them up & put them on trial as traitors.