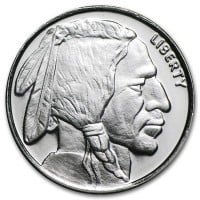 A few days ago, we took the kids to the pumpkin patch…

They got to go on a hayride and see some animals and, of course, pick out pumpkins.

Like everything else, pumpkins are more expensive this year thanks to inflation.

My kids were choosing the biggest pumpkins they could find, which weighed a ton.

I had to steer them in the right direction to get smaller pumpkins that wouldn’t bankrupt me since I ended up buying 7 of them.

When I got up to the little stand to pay for the pumpkins, they only took cash, which was no problem since I always carry at least $300 in cash on me.

After getting our pumpkins, we went to a little mom and pop restaurant a few miles down the road.

When I was getting ready to pay for the food, I noticed a sign on the register that said, “5% discount if you pay cash.”

They want you to pay cash so they can avoid paying taxes on it – to each his own.

Since it costs a decent amount of money to feed my family of 8, I did indeed pay cash.

After that, I had to take a few of my kids to get a haircut and my place only takes cash too.

The truth is, I do use a credit card often and don’t pay cash all the time.

But, I keep a close eye on what I spend with cash and I always make sure to replenish it so that I have at least $300 on me.

In my house, we have a month’s worth of cash in a fireproof safe for emergency living expenses.

We also have an envelope full of cash that can be used for non-emergencies.

In other words, I used to catch my wife sneaking into the fireproof safe to take cash whenever she needed it.

And since the fireproof safe is money that should never be touched unless it’s a crisis, I got an envelope full of cash that she can raid when she needs it.

I will say that I’m still amazed at how many people never carry cash these days.

Cash is still king and will be for a long time.

I’ve used cash to bribe the police overseas… to bribe someone to let me escape through the backdoor of their business… and to get a stranger to give me a ride during an “important thing.”

So, still carry plenty of cash on you at all times…

For me, this is part of my everyday carry gear including my gun, stiletto knife, tactical pen, etc.

Cash is also a part of my financial bug out bag to be prepared for a serious long-term crisis.

If you don’t have a financial bug out bag yet, it’d probably be worth it to check out below. 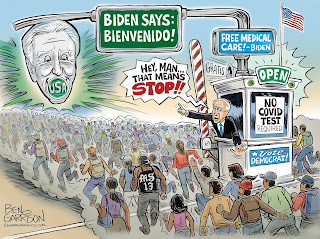 Like travel agents preparing customers for a cruise, nonprofits working with the Biden administration have created detailed itineraries and information packets to help illegal aliens travel to wherever they want to go in the U.S., according to documents obtained by a Texas congressman.

Often courtesy of American taxpayers struggling to pay their bills during surging inflation, illegals are given free quality hotel rooms, plane tickets and transportation to the airport, travel maps, and instructions to TSA to bypass photo ID requirements, according to the documents shared with Just the News.

The prototype packet, which was provided by a whistleblower to Rep. Lance Gooden (R-Texas), undermines Homeland Security Secretary Alejandro Mayorkas' claim that the southern border is closed. Instead, it highlights an extensive network of nonprofits, corporations and family foundations working together to circumvent immigration laws passed by Congress.

There are countless bug out bag lists on the Internet, but since everyone's needs vary depending on who they are and where they live, you're better off coming up with your own list. The purpose of this post is to make that as easy as possible. Before we get to the list, here are a few tips you should keep in mind when packing your bag...

Get a High-Quality Bug Out Bag - Make sure you use a bag that is durable and large enough, with multiple compartments and a frame. For more info, check out these 5 things to consider when choosing a bug out bag. ..

We all know the importance of water for survival. Medically, it’s possible to survive as long as five days without water; but in a survival situation, we cut that down to three. Getting to five requires taking actions to ensure that we don’t lose our body’s fluids excessively, like avoiding sweating. That’s just something we can’t control in a survival situation. If it’s hot and there’s no power for our air conditioners, we’re going to sweat a lot.

Yet without power, the water might not be running either. While municipal water treatment plants are required by regulation to have backup generators, we saw how poorly that worked in the February freeze. In Corpus Christi, Texas, they couldn’t get even one of their four backup generators to run, due to the extreme cold.

​Emergency Water Sources That Are Already In Your Home​

​Grey Water: What It Is And Why It's Important

They Have Lost Control, And Now The Dollar Is Going To Die

Why are so many rich hell-bent on socialism & destroying America?

The proposal to legalize marijuana that appeared on the ballot in Michigan in 2018 was no accident.

Billionaire globalist and far-left activist George Soros has openly advocated for placing marijuana legalization proposals on ballots in multiple states where a strong turnout by young voters could swing the elections to the Democrats.

Posted by Poor Man Survivor at 8:00 AM

Biden & Co. are two-faced pieces of crap; they ignore veterans, they allow USPS & illegals to go unvaccinated while hounding small biz & individuals...we need to throw these rats into prison.

My wife says we should all become illegals in order to get on the Biden gravy train...

Biden 7 the rest of f...ing rats should be rounded up as traitors & criminals.

Comrade Biden would make a good commissar for Stalin or Red china.

It's getting tougher to sock away extra cash due to Biden's idiotic policies.