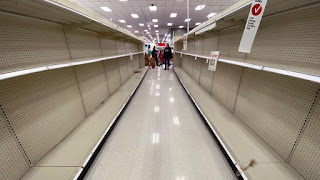 When It Comes To 2022, You Should Definitely Prepare For The Worst

If you have a bad feeling about 2022, you are not alone.  As we approach the new year, it seems like things are going wrong all around us.  We are facing the most epic supply chain crisis in our history, inflation is out of control, vaccine mandates are killing careers and forcing people out of jobs all over the country, and America is the most deeply divided that I have ever seen in my entire lifetime.

Meanwhile, another wave of the pandemic appears to be building, our hospitals are already packed with non-COVID patients, global hunger is on the rise, and a major war could erupt in the Middle East at literally any moment.  Unfortunately, I am entirely convinced that many of the problems that we are currently dealing with will escalate to an entirely new level in 2022.

For example, if you think that inflation is bad now, just wait until you see what is coming.  We just got more evidence that wholesale inflation numbers are absolutely soaring…

New wholesale inflation numbers from September are in and once again prove the rapid increase in prices for everyday items isn’t “transitory” as President Joe Biden has repeatedly claimed.

The days of relatively low inflation are gone for good.  As wholesale inflation numbers continue to spike at a very alarming rate, it is inevitable that these cost increases will be passed along to consumers.

In October, it matched the record high set the month before, spiking 8.6% from a year ago. pic.twitter.com/DnpALnriaM

Unfortunately, some corporations have already announced price hikes that will go into effect in 2022.

For example, check out the increases that Kraft Heinz has planned for January 9th…

In a letter to a regional distributor to grocery stores obtained by CNN Business, Kraft Heinz said it plans to raise prices on hundreds of items beginning on January 9, including varieties of Jell-O gelatin and pudding, which will jump from anywhere between 7 percent and 16 percent, and Bagel Bites frozen snacks, which will see an increase of roughly 10 percent. Meanwhile, Cool Whip topping varieties will see an increase of 7 to 10 percent. The cost of EZ Mac will rise 3.5 percent, while a 7.25-ounce dish of Kraft Big Bowl Mac & Cheese will see a 20 percent price hike.

A 20 percent price hike for mac and cheese?

If you love mac and cheese, this would be a good time to start hoarding.

Meanwhile, the price of gasoline continues to rise very aggressively…

Gas prices soared to a seven-year high, reaching a nationwide average of $3.42 as of Tuesday, according to data from the American Automobile Association.

I have been relentlessly warning that very painful inflation would come, and what we have experienced so far is just the beginning of a long national nightmare.

As I discussed earlier this week, our unprecedented supply chain crisis is one of the primary factors that is causing inflation to run so hot.  In particular, the global shortage of computer chips has been significantly affecting levels of production in countless other industries, and now we are being told that this shortage will last “well into next year”…

The latest dose of reality was offered up by Infineon’s CEO, who said this week that the chip shortage would last “well into next year,” according to Bloomberg.

CEO Reinhard Ploss made the comments at an auto conference this week, stating that the company wouldn’t be able to work off its order backlog until 2022.

Of course the CEO of Infineon was still trying to be optimistic when he made those comments.

In reality, there appears to be no end in sight for the chip shortage.

The supply chain crisis is also deeply affecting the distribution of food all over the planet, and that even includes food banks here in the United States… 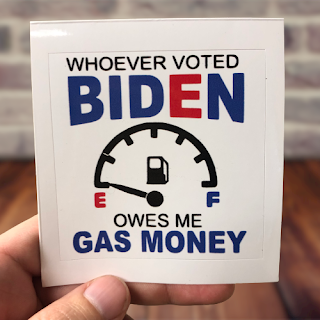 “When there’s a shortage in supply chain, it makes it much more difficult for us to be able to provide our clients with food,” said Linda Hansen, the food bank director at Wellspring Interfaith Social Services.

I am so thankful for all of the wonderful food banks around the country that do such a great job of feeding so many needy people.

Unfortunately, their job is going to become increasingly difficult as our supply chain woes intensify.

And without a doubt, our supply chain woes will get a whole lot worse once the new OSHA mandate goes into effect.  A ruling by the Firth Circuit has temporarily suspended the mandate as litigation moves forward, and that is good news.  But eventually it is probably inevitable that the U.S. Supreme Court will be forced to take up this matter, and the U.S. Supreme Court has made bad decision after bad decision in recent years.

Meanwhile, the Biden administration is telling businesses to ignore the Fifth Circuit and to “move forward” with getting their workers vaccinated…

The White House on Monday said businesses should move forward with President Joe Biden’s vaccine and testing requirements for private businesses, despite a federal appeals court ordering a temporary halt to the rules.

“People should not wait,” White House Deputy Press Secretary Karine Jean-Pierre told reporters during a briefing. “They should continue to move forward and make sure they’re getting their workplace vaccinated.”

So the stakes are incredibly high, and I do not have much faith in the U.S. Supreme Court at all.

But even if we want to totally disregard the OSHA mandate for now, 2022 is still shaping up to be a really nightmarish year.

Things are bad now, but they will soon get even worse.

I encourage you to prepare accordingly.

We now live in a dystopian nightmare.

And many local regimes are also choosing to become increasingly authoritarian.  For example, just check out the new rules for children that will soon be implemented in San Francisco…

The local mandate already requires children and adults over the age of 12 to show proof that they are vaccinated before entering those places. Now, city health officials are planning to extend the health order to children ages 5 to 11, the group newly eligible for the shot.

America used to be the “land of the free”, but that is clearly not true anymore.

Our readers learned of this 1st here on my blog!   I also included this:

Book “Shattered: Inside Hillary Clinton’s Doomed Campaign”, two Clinton insiders revealed that the “blame Russia” narrative was invented during a post-election campaign meeting that had been called by Podesta &  Mook 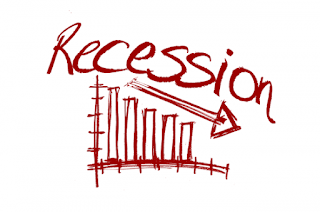 Consumer Price Index in October rose 6.2%, highest in over 30 years. The report shows the cost of a range of goods in the United States

Food inflation is rising. Are you prepared to handle the increasing food prices? According to the USDA, food inflation for 2021 is already at 2.1 percent for at-home food, and restaurant food has risen 3.3 percent. However, those numbers are expected to rise a lot more as supply chains are disrupted and understaffed labor force.

The average cost of groceries for a single adult for one month is around $67. However, lifestyle, eating out, and the types of foods you eat can all affect how much your food actually costs. Can you afford to feed your family now? What about next year when the cost of food has increased even more?

These statistics simply say that the cost of food is going up and will continue to go up. And with recent historical events, it can be hard to find the foods we like. So how can we stay ahead of food inflation...?

​How to Stay Ahead of Food Inflation​

​How To Stockpile Food On A Tight Budget

How can I save at the grocery store?

Keep reading to learn the 8 tips I use to save money at the grocery store during these uncertain times.

Veterans Day discounts at restaurants and businesses are always appreciated. But the real gamechanger is the camaraderie that we enjoy with each other.  Veterans Day is the perfect opportunity to conduct a “Buddy Check.” A simple “how-are-you-doing?” can go a long way in reminding our brothers and sisters who served that they are valued members of our special community.

Posted by Poor Man Survivor at 7:24 AM

Still amazed the lemmings who support these bilge rats!

Sure are a lot of evil k__nts in the demo-rat party: Pelosi, AOC, Omar, Presley, Rashida, Maxine Waters, et al-were they clones of Marx or Stalin?

As you say, we do now live in a dystopian world & Biden & his schlock socialist crew are too blame; we need to rid the planet of these terrorists.

As debate continues in Washington over the Build Back Better plan, I criticize the substance and direction of Democrats' spending agenda, It’s easy to highlight the political gamesmanship and budget gimmickry involved in policy debates