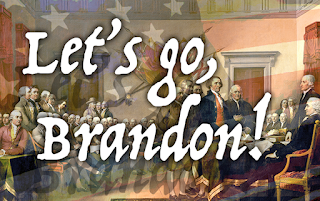 They laugh at you, want you to question your own sanity... that is your best defense

Dictators, tyrants, communists and cult leaders all have one thing in common: successful indoctrination.

Indoctrination is the process by which long-held beliefs are slowly chipped away using a chisel of fear and falsehoods. Progressives are attempting to indoctrinate every generation of American. Don't be fooled. It is not a mere campaigning strategy; it is a calculated tactic to lead America away from her foundational principles.

These socialists laugh at your supposed freedom – Just like President Biden did recently in a "town hall" meeting, broadcast by his lapdogs at CNN. Our own president mocked those of us who use 'freedom' as a defense for refusing a jab… yes, our supposed "leader" outright laughed at your most sacred personal liberty: the ability to control your own body and health.

At every stage of life, one is bombarded with this liberal propaganda. The inundation is enough to make one lose one's mind. And that's the whole point. It's simple psychology. If you are exposed to something enough, you will become more and more accepting of it – no matter how far afield you originally thought it was.

This is why we will never get the truth from the controlled media. The inner elite who rule the world control all major sources of the media and they very carefully and deliberately prescribe organized propaganda to build a thought system which subverts the population to think and act in perfect harmony with the system.

People literally do not think their own thoughts. The proof of this is widespread mimicking of daily social media trends.

In case you do not believe this is happening as we speak, please turn your attention for a moment to independent reporter Caitlin Johnstone, who kindly details for everyone some excerpts from a recent article illuminating exactly how this was recently done by Canada and its regime operatives:

"Canadian military leaders saw the pandemic as a unique opportunity to test out propaganda techniques on an unsuspecting public, a newly released Canadian Forces report concludes."

"The plan devised by the Canadian Joint Operations Command, also known as CJOC, relied on propaganda techniques similar to those employed during the Afghanistan war. The campaign called for 'shaping' and 'exploiting' information. CJOC claimed the information operations scheme was needed to head off civil disobedience by Canadians during the coronavirus pandemic and to bolster government messages about the pandemic."

"'This is really a learning opportunity for all of us and a chance to start getting information operations into our (CAF-DND) routine,' the rear admiral stated."

"Yet another review centred on the Canadian Forces public affairs branch and its activities. Last year, the branch launched a controversial plan that would have allowed military public affairs officers to use propaganda to change attitudes and behaviours of Canadians as well as to collect and analyze information from public social media accounts."

"The plan would have seen staff move from traditional government methods of communicating with the public to a more aggressive strategy of using information warfare and influence tactics on Canadians."

Ms. Johnstone rightly concludes, "So they're not just employing mass-scale psychological operations on the public, they're testing them and learning from them." 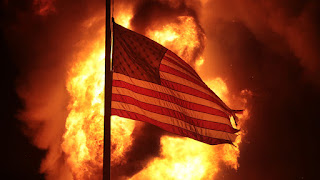 The American system over the last 100 years has, through gradualism, become benevolent totalitarianism. It is a seductive system of psychological warfare coupled with a highly oppressive legal and financial system that essentially puts the people in an economic and political straitjacket while keeping them believing that they are free.

It begins at birth and continues right through "college," which all children are now taught to dream of and sell their financial futures to attend. And what are they being taught? One study investigated the University of California system, which consists of nine colleges. They found that the academies were using the classroom to advance a political agenda. And only one side of the issues was being presented. The study revealed that literature that expressed conservative philosophies, the beliefs of the founding fathers and the history of Western thought was not discussed.

No wonder Alexandra Occasional Cortex (Communist-NY) and her ilk, and age group, yearn for Socialism and central state control of everything. But you're not allowed to know this is what they want. They call themselves "Democratic" Socialists.

The propaganda power of ideological labels should be exposed for what it is; namely, a conspiratorial campaign to undermine national sovereignty and independence for "democracy" – a code phrase that means the opposite of what the average person thinks it means.

Welfare is easy, work is exhausting

After a child who has been exposed to only one viewpoint starts trying to earn a serious living, they will discover that it is much easier to just sit back in the recliner and wait for a paycheck to come in the mail. Why work? Any income will be taken away to support those frequenting food stamp Friday.

The people living off the government are the ones living the high life. Why work hard and drive a used car when you can ride in a limo to pick up food stamps?

By allowing those using government assistance programs to live it up, the liberals have been encouraging young people to become totally dependent on the government for survival. An intentional ploy? I think so.

The regime has committed a great offense. We must defend our Constitutional rights. We can either be ignorant and indoctrinated or know the facts and fight for freedom.

I've said it before, and it bears repeating: Communism = Socialism = Fascism = Democracy. The labels are important to the global elite only insofar as they deceive the masses.

The key to the mental prison cell

We cannot escape this creeping American Socialism until our intellect overpowers spiritual and political deception. Eventually we get the great revelation that politics and organized religion are more alike than they are different. This is the master key and the essential ingredient. This is the key to understanding.

Unless one approaches the mass media and the propagandists in this way, one does not have the tools to keep from being brainwashed by globalism, even if it is called "democratic" globalism.

The progress of the New World Order parallels the psychodrama of dehumanization in the Western world. The dehumanization process clearly reveals the evolution of collectivism in America. They want us to have no memory, no will to resist, no interest in our own fate and least of all any interest in preserving liberty,

The need to conceal evil is becoming less necessary as the American people themselves continue to become more passive. Democracy is all about the transformation of human beings to the animal farm of mass mental brutalization where they are conditioned to defend their worst betrayers.

It is my opinion that most of our readers are advanced in their understanding of the undercurrent of the international elite. It takes a lot of background information and research to put the puzzle together.

There is really a serious scarcity of source material. Your credulity is tested over and over as you go through layer after layer of intrigue disguised as "news." Understanding comes when we resist the call to mindlessly follow "authority" to the point where we are brainwashed – from where few ever escape.

The masses follow authority to their eternal deception and enslavement. Freedom is the ability to see when they are laughing at you from behind the curtain.

Many people prepare for emergencies that can happen every day, and preppers go a step farther and prepare for natural disasters. These situations are relatively short, and eventually outside aid arrives to help the community rebuild. But have you ever thought about what you would do if there was a total societal collapse?

There are several reasons that a country or even our global civilization could collapse, and if that were to occur, there would be little to no outside help coming. Look at the world around you. Now imagine if nothing worked the way it was supposed to.

There may be no power, no running water, no heating or air conditioning, no refrigeration, limited or zero medical support, no police officers, no firefighters, no internet, no cell phones, and no way to restock any of the shelves...

​How To Survive The First 100 Days After Collapse​

​3 Ways The United States Could Collapse Into Chaos 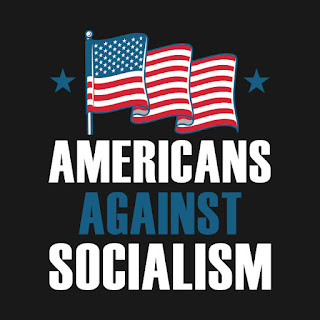 Rep. Pete Sessions to Newsmax: 'Socialists Have Taken Over the Democratic Party'

Email ThisBlogThis!Share to TwitterShare to FacebookShare to Pinterest
Labels: commies and socialists need to be destroyed, leftist idiots

With the GOP win in VA perhaps the tide is changing against the socialist filth infecting our nation-would love to see others like Pelosi, Maxine Waters, AOC, Rashida, etc. go by yhe wayside...we can also hope Biden rsigns & camel toe sustains a head injury.

Vote all these rats out of office-stupid voter reelect these morons who gut their cities and rights-something is wrong with that.

You're being kind calling them idiots; they a disease, a cancer on our nation.

Seems as if more people are taking a stand against the Marxist maggots infecting the nation; we just need to work on eliminating them from schools and political office!

They want you to forget what happened on November 3rd, 2020. They want everyone talking about Virginia tomorrow, not what happened in Arizona, Pennsylvania, and so many other states one year ago today.

None of the talking heads on television that I saw were willing to admit why the Democrats really lost Virginia. Some of the analysts said things that were true, but none of them addressed the main issue. For example, CNN’s Van Jones admitted that Democrats “are coming across as annoying and offensive”, and that was certainly a truthful statement. But that isn’t why Democrats lost. Ultimately, the real reason why they lost in a state where they usually win is incredibly simple.

Joe Biden made a catastrophic political error when he went after people’s jobs. Countless Americans have already lost jobs due to various mandates, and approximately 80 million American workers will be covered by the big OSHA mandate that is about to go into effect.